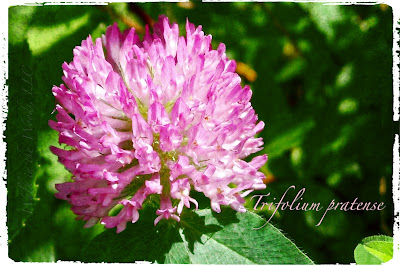 Welcome to another opportunity to meet and dance with the botanical world! This time we're meeting and dancing with sweet red clover, Trifolium pratense...

Trifolium is a genus of clover. Trifolium pratense is a species of clover, commonly called red clover. It's native to Europe, northwest Africa and western Asia and is a perennial that has naturalized throughout North America and in many regions around the globe. And I am grateful.

As a backyard farmer, I honor Trifolium as a nitrogen fixer, making nitrogen in the atmosphere biologically available in the soil to nourish and sustain the soil and other plants. Over the years, as we've given up the mower for the scythe, we manage our "lawn" more like a meadow, and as a result we have so much more diversity on our little care, including Trifolium (and so many other plants, pollinators and birds!).

Harvest: Tops in flower, new blooms. Leaves from the young plants before bud and bloom start their show. Harvest the tops and you’ll get subsequent harvests – think deadheading.

Contraindications: As a nutritional infusion: none.

Uses: I tend to think of Trifolium as a beautiful food, loaded with vitamins and minerals like B complex (Thiamine, B1, Niacin), C, Calcium, Chromium, Magnesium, Nickel, Phosphorus, Potassium and more. As a nutritional infusion it is widely considered safe for long-term use with children, the aged and convalescing, pregnant and breast-feeding moms.

It has a tradition as a blood cleanser and has a history of being used to flush heavy metals (IE: lead) and other toxins from the blood. I’m not sure about the heavy metals, but I recall a gentleman carpenter who worked with treated wood. He was young, robust, and in otherwise Good health, but began feeling tired and noticed an inactive rash forming over his body. After a conversation, I suggested only two things: That he commit to wearing heavy work gloves when handling any treated wood, and drinking red clover infusion. Within a couple weeks both the rash and the fatigue waned out of his awareness. To this day I encourage anyone working with known toxins to drink red clover infusion and engage their common sense.

The isoflavones in Trifolium are often credited with its ability to improve many menopausal “symptoms” as well support prostate health.

It’s considered an important menopausal herb, one that supports hormonal harmony, eases flashing, enhances vaginal lubrication, memory, bone density and flexibility, and general energy levels. It was during my own menopausal journey that I nurtured relationship with this plant and made it a weekly ally.

Trifolium has a steadfast folk history for its use in treating cancer. It has been used to treat cancerous ulcers and has associated research that suggests an affinity with breast health, making it a favorable breast ally for prevention and treatment. During my own breast challenge I engaged her Medicine in the form of nutritional infusion, tincture and added it to many a favored tea blend. Not to mention floral bouquets and blessing waters.

Research indicates that regular ingestion of the infusion softens breast lumps, has reversed pre-cancerous and cancerous circumstances. It has been shown to play a role in preventing breast cell receptors from absorbing cancer-causing estrogens (it has constituents that mimic estrogen and connect to the receptor sites. It is considered a safe and powerful anti-cancer herb and is even reputed to repair damaged DNA, reversing pre-cancers and in situ cancers. Susun Weed considers it protective to the uterus (esp. during tamoxifen trmt - L HRT for hormone-positive cancers & many post-menopausal breast cancers).

“Red clover. Everything you hoped soy would be with none of soy’s problems. Red clover has ten times more phytoestrogens than soy in a much safer formulation. It’s the world’s leading anti-cancer and cancer-preventing herb. Do watch however if you’re in menopause because it’s also a fertility promoter, and if you don’t wanna have a surprise baby be a little careful with the red clover, and especially be careful with Oatstraw.” ~ Susun Weed

It alkalinizes blood, protects the liver and lungs and can ease constipation.

It's also been credited with lowering blood cholesterol levels.

Externally, as an infused oil, it is a wonderful skin softener and it makes a nice breast massage oil that can help in shrinking lumps, countering cancer, as well as a support to the lymphatic system in reabsorbing and processing “waste” cells. It’s a sound addition to internal and external breast treatments – for wellness or treatment. And dance often! Here's some music and steps...

Weigh out one ounce of red clover. Place it in a quart jar. Pour to cover with boiling water, cap and allow to steep and cool at least four hours. Strain.

Squeeze the juice of 1 to 2 lemons (limes are quite tasty, too). Blend in the honey and add to the red clover infusion. Served over ice (or not) in a stemmed glass with a wedge of lemon and enjoy.

Preheat the oven to 375 degrees Fahrenheit. Grease a baking sheet, or line with parchment paper.

Whisk the dry ingredients (including the fresh or dried red clover blossom florets) together in a large bowl. In a separate bowl, whisk together the wet ingredients.

Pour the liquid ingredients into the dry ones. Stir to incorporate the flour. Don’t stir too much though—it’s okay if there is still a little dry flour here and there, and for this dough lumpy is good. You want the dough to still be somewhat soft and sticky, but coherent enough that you can shape it into a loaf. If the dough seems too goopy, add more flour a little at a time. I sometimes need to add as much as 1/3 c. additional flour. Some cracks on top are okay and actually make the finished loaf more attractive in a rustic way. Scrape the dough out onto your baking sheet. Shape it into a disk approximately five to six inches in diameter. Bake 25-35 minutes until golden. While still hot, brush with remaining tablespoon of butter. Let cool on a rack.

Weigh out one ounce of red clover. Place it in a quart jar. Pour to cover with boiling water, cap and allow to steep and cool at least four hours. Strain.

Measure, by volume, your liquid, multiply by two and you’ll have your sugar measure. Add the sugar to the infusion, heat gently until the sugar is dissolved, add the citrus and simmer gently another 20 minutes (or so).

You can hot bath can this syrup or simply store in a cool, dark place until ready to use.

I use herbal syrups, like this one, as a sweetener, as I would honey. It’s a nice addition to beverages, hot and cold, as well as dressings, baked goods, over pancakes, on yogurt, toast and so on and so forth.

Stir the lemon juice into the infusion. Stir in the pectin and bring to a boil, constantly stirring. Once a strong boil has been reached, add the sugar all at once and return to a rolling boil. Boil for one minute, skim and pour into jelly jars. Process as you would any other jelly. EnJOY!


In general …
Add the young leaves (harvested prior to flowering) to salads or soups. They may be cooked and enjoyed as with any green, though with greater effort to collect enough to make it worthy. Some folks grind the dried herb into powder to use in ways similar to a grain flour. The roots may be cooked for food as well.


As for the blossoms, simply pluck the flower heads from fresh red clover to add to salads, soups, pancakes, muffins, biscuits, rice, vegetable and meat dishes.

I'm already looking forward to the first springtime leaves and blossoms, but until then, I'll leverage my dry stash for dancing!

Posted by rose of Walk in the Woods, LLC 1 comment: 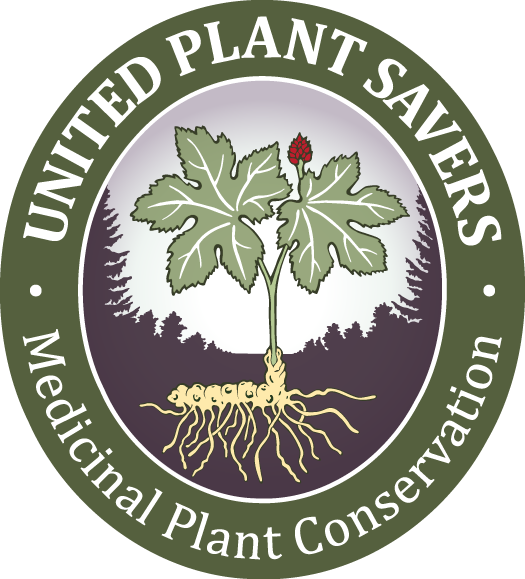 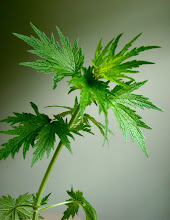 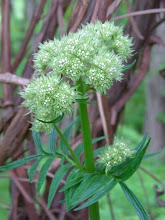 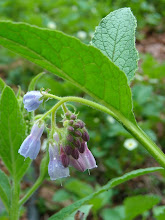 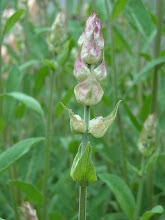 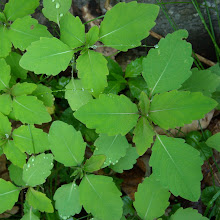 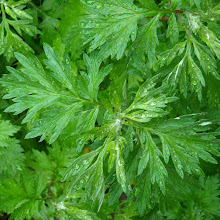